My friend Diana gave me this really good cookbook for Xmas, called “Together, our community cookbook”. It’s about women who got together in a communal kitchen after the fire in the Grenfell Tower in London in 2017.
“The kitchen was opened after the Grenfell tragedy, offering women who had been displaced and the community around them a space to cook food for their families. Their roles as matriarchs united them across their cultures; the kitchen provided an opportunity to cook what they knew and to taste the memory of home, albeit homes some had recently lost”.
I’m sure I will make many recipes from this book over the next few months! 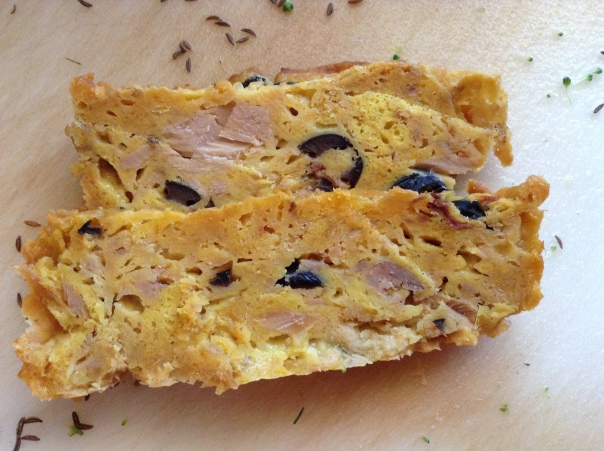 I used 2 tins of 185g tuna in oil (one plain oil, the other with chilli oil).
I used a spoon to mix the dry ingredients. I beat the eggs first, then added them to the flour. It makes a very stiff batter, but it loosens when the other ingredients are added. And I used a big metal spoon to mix everything. The batter is not “pourable”, you have to pat it down in the tin.
It didn’t rise a lot.
It’s yummy with a squeeze of lemon and a salad on the side. It will serve 4-6 people.

(tales from the birdgirl)

(tales from the birdgirl)